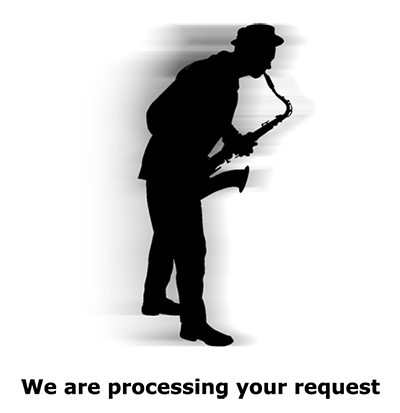 You are here: Home / Biography

He went on to play with many of the Big Bands of the era and his playing career is one that any professional would be proud of, but his greatest legacy is the Bobby Dukoff sax mouthpiece. He began playing with the Duke band in New York in the late 1930’s and then went on the road with the Carl Hoff Band. He returned to New York where he joined the Jerry Wald band. He was subsequently contacted by Jimmy Dorsey to join his band, where he met his first wife Anita Boyer, a singer who recorded with Jimmy and Tommy Dorsey and Artie Shaw. He then joined the Benny Goodman band and worked at the New Yorker Hotel, where he had the pleasure to work with Frank Sinatra. He moved to California to continue playing with the big bands. As Bobby told it “One night while getting back on the bandstand one of the guys knocked my horn over backward and the cap jammed on the mouthpiece.

That was the end of that mouthpiece, from that day on until I made my own, I was on the search for mouthpieces. ”  He started experimenting in his garage and soon all his friends from the big bands were coming around to have Bobby just “touch up” their mouthpieces. He was fascinated with the mechanics of mouthpieces as he realized that “the sound started there”, and this naturally led to his own mouthpiece business. First designed in 1943, his mouthpieces provided saxophone players with a different tone, volume and projection. Bobby’s natural curiosity kept him constantly experimenting to come up with a better product. Mouthpieces to Bobby had a character of their own and it was his desire to fit the correct mouthpiece to the style of the player. He was making mouthpieces in California from 1945 to 1949.

He returned to New York where he signed a contract as a solo artist with RCA. Later he became a RCA sound engineer recording several artists including Charlie Parker. Bobby recorded numerous albums from 1954 to the early sixties including Sax in Silk, a best seller for R. C. A. Victor in 1956 and one of the top ten selling albums of that year. Other albums include Sax and Satin, Pure Sax and Off the Cuff. He moved to Florida and has several studios including one at his home in Kendall, one of the first music studios to open in Miami. He opened a studio in North Miami in part of an abandoned Food Fair building. The other part of the building became “The Place”, which in the 60’s was one of Miami’s great teen nightclubs and young bands playing there would come to the studio hoping to record the next no. 1 hit. In 1973, Timmy Thomas did just that with ‘Why can’t we live together’, which was recorded in less than 5 minutes at Bobby’s studio. James Brown also made a number of recordings at the Dukoff studio. In 1974 Bobby went back into the mouthpiece business full time producing new models at his workshop in Kendall, Florida and he stayed involved with the business until recently. In the 1990’s he took on a young apprentice, Nicolas Hernandez, who went on to become a close friend, and business partner, allowing the famous Bobby Dukoff handmade mouthpiece legacy to live on.

Over the past sixty years, Dukoff mouthpieces have helped create the unique sound of great saxophone players like Dexter Gordon, Boots Randolph, Michael Brecker, David Sanborn, Kenny G. and many top artist throughout the world. Bobby was married to Anita Boyer until her passing in 1985. They had one daughter Deerdra who gave him three grandchildren Kristina, Robert and Brandon. Later in life at the age of 83, he met Jeanne Cook who he remained married to until he passed away on 3 May, 2012.